Top Landmarks To Visit on National Mall in DC

Spare yourself some walking and take a bus tour around DC’s National Mall and take in all the highlights.

First time visitors to the U.S. Capital might easily be confused about where all the landmarks are and how to go about seeing them, since the National Mall does cover 146 acres. Great news for those who would rather spend more time AT the monuments and less time getting to them, is that Washington D.C.’s Big Bus Hop-On Hop-Off Red Line takes you to nearly all the must-see landmarks.

Hop on the bus at any of the 22 stops but a great place to begin is right at Union Station, which is itself a visitor attraction where you can get breakfast at a café before setting out. The Beaux-Arts architecture as well as the extensive use of marble and white granite set the stage for your day of exploring the city’s landmarks.

Start out at 9:00 AM and be at your first stop by 9:07 AM! Hop off the bus to see the U.S. Capitol, Peace Monument and Botanical Garden. Reservations are recommended to get your free tour of the Capital building, which includes the Crypt, the Rotunda, and National Statuary Hall. The Peace monument is one of three in a sculptural group that commemorates naval deaths during the Civil War.

On Capital grounds, stroll through the Botanic Garden where the conservatory is packed with visual treats

If you like walking, it’s only about a mile to the Smithsonian Castle but you can also hop back on the Big Bus and get off at stop #6. The red sandstone architecture is a major draw along with a little café famous for its scones and reasonable prices. America’s Treasure Chest is an exhibition displaying various items from across the Smithsonian. An excellent gift shop offers intriguing souvenirs. If you want to see more of the Smithsonian, this is the place to get the lay of the land using interactive tools.

Washington Monument can be reached from either Stop #7 or #14. Either way, you can’t miss the sight of the 555-foot tall white marble obelisk built to commemorate George Washington. Surrounded by green space with views across the mall that include the reflecting pool, this is a great place to bask in your surroundings.

Stop #9 brings you to the beautiful Jefferson Memorial, that neo-classical round structure with columns situated in Potomac Park on the shore of the Tidal Basin. Circular marble steps lead to the portico which is open to the elements. If you’re lucky enough to be in D.C. during cherry blossom season, this is a perfect place to experience peak bloom. The building was modeled after the Pantheon of Rome and was designed to reflect Thomas Jefferson’s architectural tastes.

Centered in the marble interior is the bronze statue of Jefferson holding the Declaration of Independence. The walls are inscribed with his famous quotations dealing with freedom from “every form of tyranny over the mind of man.”

Stop #10 brings you to the west corner of the Tidal Basin where you’ll find the FDR and MLK Memorials. In a 1936 speech Roosevelt noted that “there is nothing so American” as National Parks. The beautiful and powerful memorial dedicated to the 32nd president features four open-air rooms representing his four terms of office. A meandering pathway leads past waterfalls, bronze sculptures, shade trees and quiet alcoves. Walls are engraved with FDR quotes and the Breadline and Fireside Chat sculptures are evocative memorials to difficult times in American history.

The MLK memorial’s centerpiece is a 30-foot statue of Dr. King carved into the Stone of Hope emerging from two boulders known as the Mountain of Despair. The design is a fitting tribute to this man who worked valiantly to close the gaps among people. The walls are inscribed with quotes from his speeches and the design is a powerful reminder of where we’ve come from and where we have yet to go.

Energetic people can walk to the Lincoln Memorial and tired ones can takethe bus to Stop 11 or 12. Here on the steps rising up and away from the reflecting pool is where MLK made his famous “I Have a Dream” speech. Thirty-six columns represent the 36 states at the time of Lincoln’s assassination. The inside has three chambers with inscriptions, murals, and the famous statue of Lincoln sitting in contemplation.

The Korean War, World War II, and Vietnam Veterans memorials are all located in the vicinity of the Lincoln Memorial and you can walk around to each. Anyone interested in our nation’s wartime history won’t want to miss these emotional monuments to our veterans.

There are certainly other fabulous and worthwhile landmarks and monuments to visit along the Red Loop but plan to conclude your day at the Newseum at Stop #17. Not just a place for journalists or history buffs, here’s where you can get a real understanding of Freedom of the Press and the very important role it plays. See front page stories from around the world and at home, from Columbus’ voyage in 1492 to World War II to Brexit, as well as Pulitzer Prize winning photographs and artifacts from the Berlin Wall, 9/11, FBI stories, and much more. Interactive tools keep all age groups engaged and views of the Capital from the terrace are excellent. 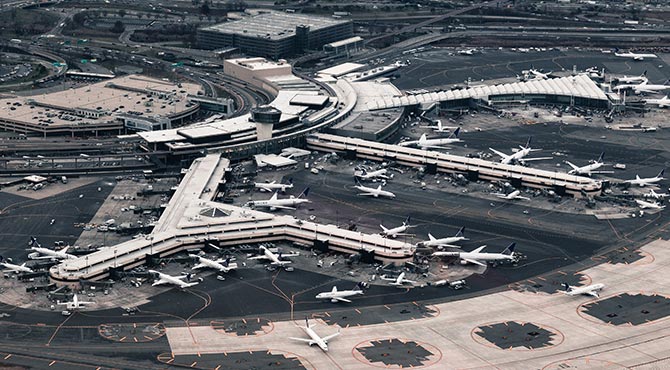